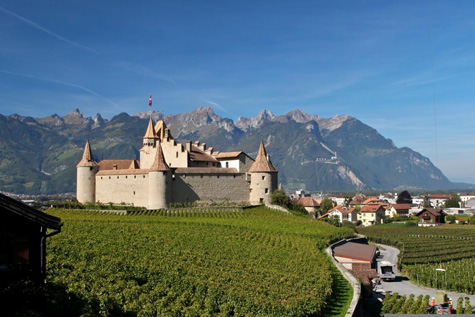 Aigle is located on ancient pedestrian paths that became one of the main transalpine roads in Roman times, the Great St. Bernard. The city is also strategically located at the crossing point of a river where human presence has been attested for more than 3'500 years. The castle of Aigle was built on the Blonaire hill, sheltered from the impetuous overflows of the river Grande-Eau. 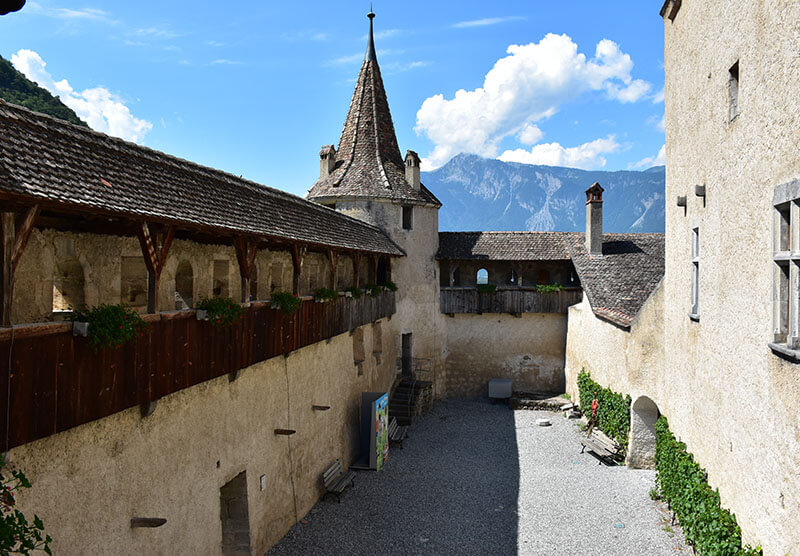 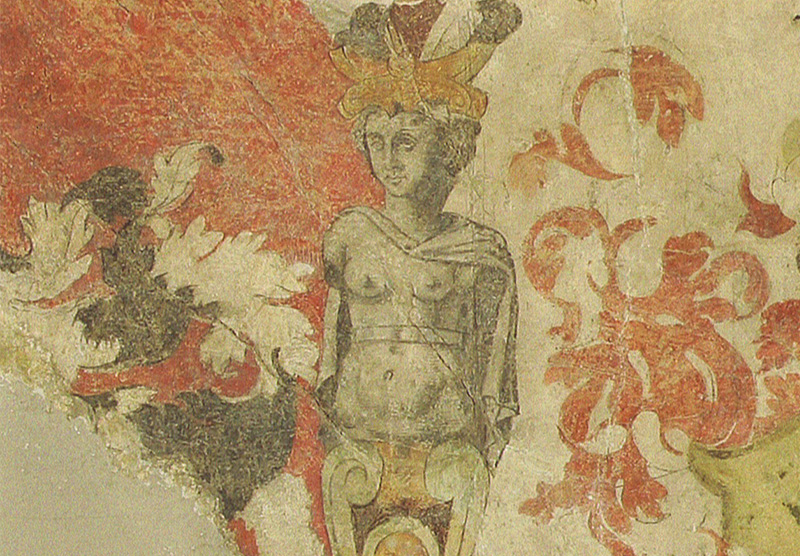 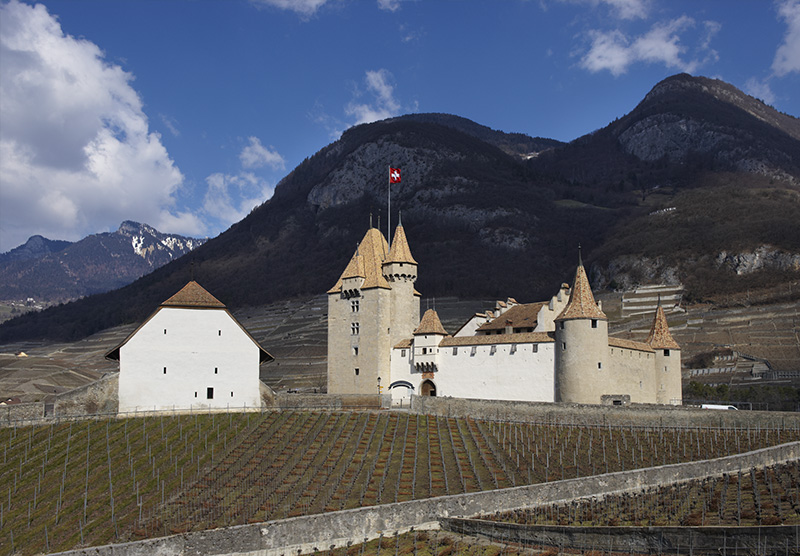 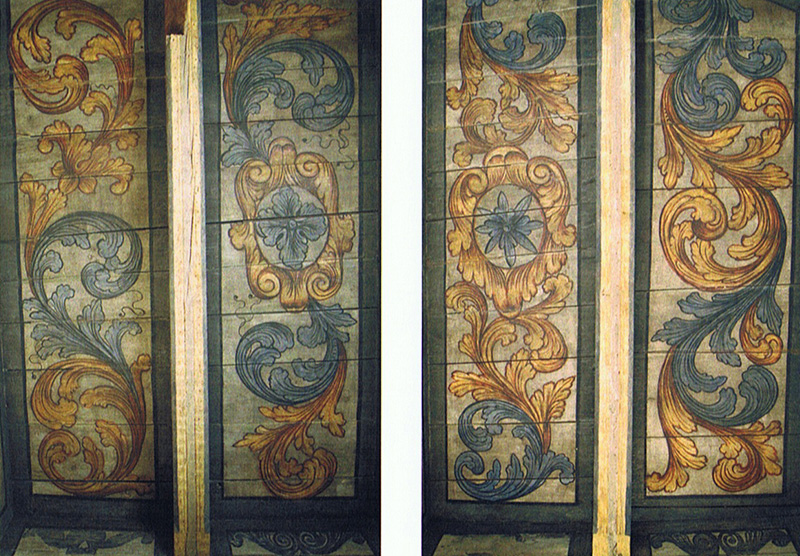 Around the year 1200 there are two big towers located on the castle's site. The oldest one, dating back to the end of the 12th century, is the property of the lords of Aigle, the knights of Allio, which is the castle's starting point. Dedicated to the defense, the tower's lower levels are without any door and one reaches it by an opening on the uper level. The second tower, a little more recent, was probably built by the Count of Savoy, then handed over to the Saillon family around 1232 in exchange for the castle of the same name. These two towers are certainly surrounded by outbuildings, an enclosure and ditches that protect them and separate them from each other.

Between the end of the 13th century and beginning of the 14th century, various works were carried out on the lords of Aigle's tower, which caused it to lose some of its defensive character in favor of that of a residence. In particular, the two doors on the ground floor of the tower were pierced, giving access to the current rooms known as the Bernese cellars and the wine presses. An annex was also built, of which the two walled windows visible against the southern wall remain.


The Château d'Aigle houses the Vine, Wine and Wine Label Museum (included in the entrance ticket)

From 1474 to 1477, the Burgundy wars opposed the Swiss and their allies, future winners led by the Bernese, to the Duke of Burgundy Charles the Bold and to Savoy of which Aigle was part of. At the end of August 1475, the Bernese with the help of mountain people from the Haute Gruyère conquered the castle of Aigle. The right bank of the Rhone from Lavey to the lake and the gates of Villeneuve remained under Bernese law. From 1476 it became the first French-speaking region to be integrated into the Swiss Confederation. Bern would sent governors to the region for terms of six years.

The Bernese rebuilt almost entirely the castle between 1479 and 1510. The most important work concerned the enclosures and the circular towers, which were reinforced and adapted to the new artillery requirements.

The most significant creation is the large square tower intended more for habitation and pomp than for defense. The central building was lowered and the interior was redesigned, as evidenced by three Gothic doors on the second floor and the stone cross windows on the south and east facades.

A new wing was built in 1584 between the square tower and the central building to house the governor's and his family's private apartments. On the second floor, this building includes the audience room, whose ceiling is decorated with Moorish motifs, exceptional for its polychromy. It is the work of the painter Andreas Stoss, an artist who also worked at the castles of Chillon, Oron, Lucens, Curtilles as well as in Vevey and Bern.

The Savoy and Saillon tower was transformed between 1587 and 1589 into the castle's barn, now the Tithe House. Many successive layonts were made in the 17th and 18th century to improve the castle's comfort.

In the early 1630s, the governor in office ordered numerous improvements. Faced with the general poor condition of the buildings and lack of living space to accommodate the envoys from Berne, he spent a large sum of money to buy furniture, furnish several rooms and have others decorated with murals. In 1669, the roof of the central building was rebuilt. At the end of the 17th century, the castle received further important modifications including new wall decorations and a new banneret's room decorated with Louis XIV style woodwork.

Between 1738 and 1740, the private apartments of the governor and his family were extended to the entire second floor, which was completely reorganized. Several rooms were fitted with woodwork, plaster ceilings, new floors, earthenware stoves and fireplaces. A new entrance door gives access to the main building and a staircase with two straight ramps replaces an inconvenient spiral staircase. The west and north facades receive large rectangular windows.

The courtyards were then occupied by various outbuildings. The only one that still remains, the current reception area, housed bread ovens perhaps since the end of the 16th century. Its exterior appearance dates back to the middle of the 18th century. 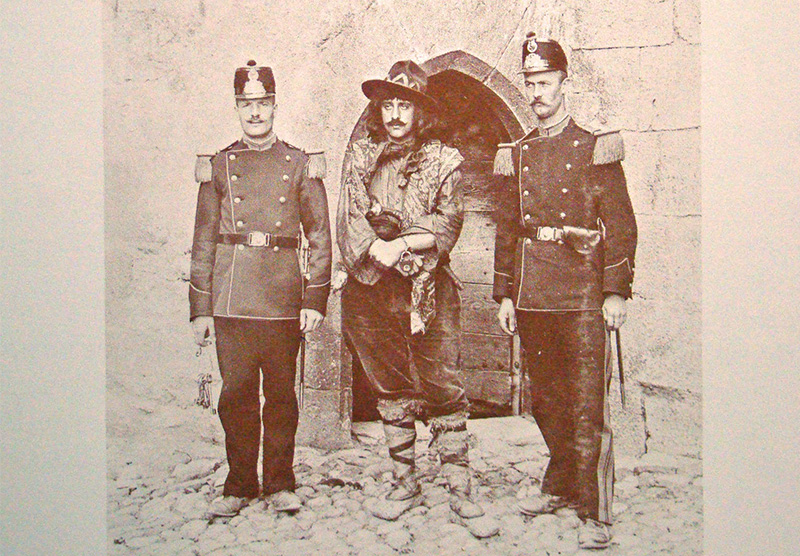 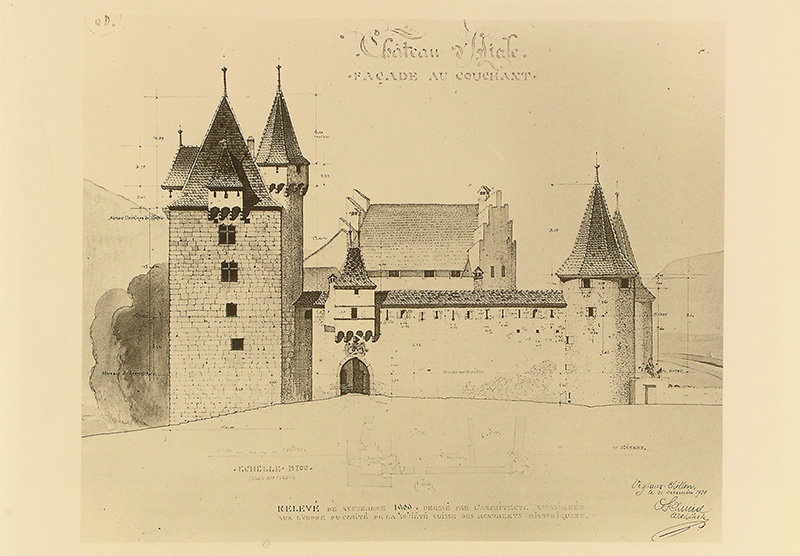 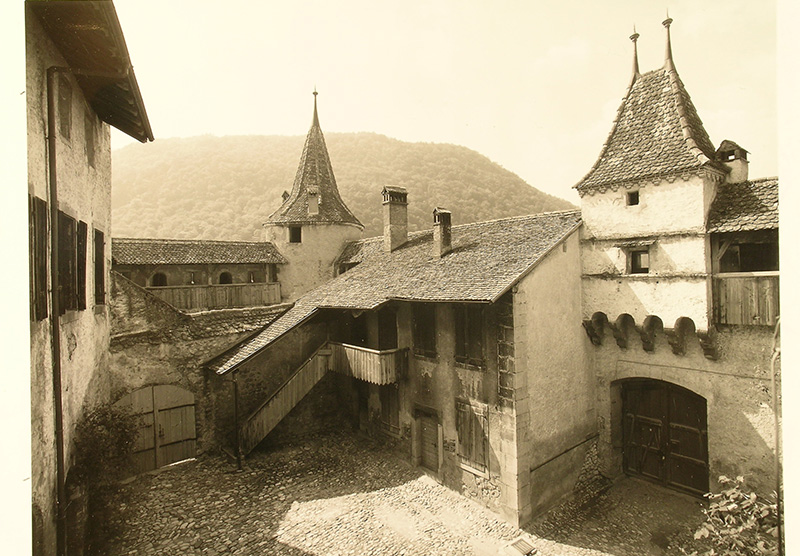 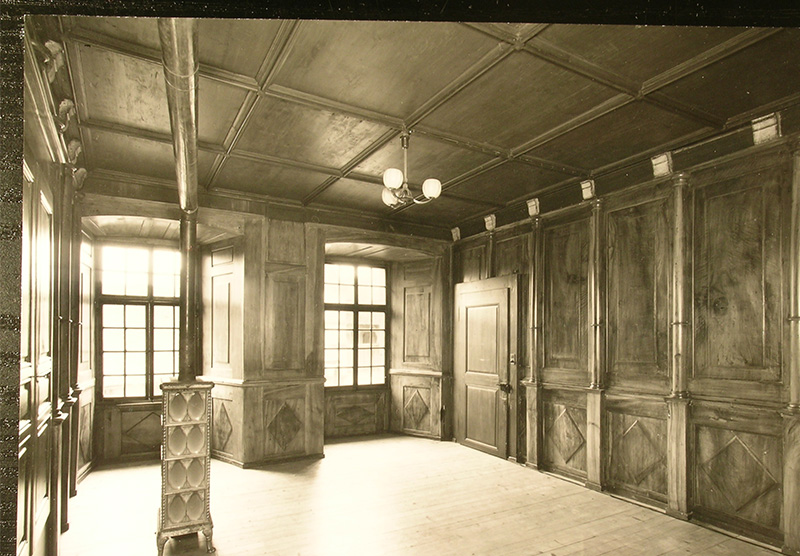 The castle became the property of the new canton of Vaud following the Revolution, which drove out the Bernese in 1798, and was sold to the commune of Aigle in 1804. It then housed the cantonal district prisons, which were essentially located in the circular towers, as in the Bernese era. Considered to be the most inhumane and coldest in the canton, and offering no guarantee against escape, they were moved and refurbished in the square tower between 1832 and 1834 under the orders of the canton's architect Henri Perregaux. Many prisoners, both men and women, were locked up there until 1972. The castle also housed the hospital, the asylum for the poor of the commune, for whom several dwellings were created, first in the square tower, then in the central building. They remained there until about 1916. The district court moved to the castle in 1825 and remained there until 1964.

In 1900, the castle was listed as a historical monument in the canton of Vaud. In 1909, a complete survey was carried out by Otto Schmid, architect of Chillon Castle. Aware of the building's historical interest, the municipal authorities of Aigle thought of turning it into a museum in the 1920s. However, it was not until 1943 that the architect Schmid drew up a general restoration project, which was eventually not carried out.

After the prisons' departure in 1972, a great campaign of restoration and transformations allows the castle to become a site of culture and conviviality.

In the middle of the 1990s, the castle's barn was restored and transformed into the Maison de la Dîme. Since 1996, it has been home to the restaurant La Pinte du Paradis and a reception hall.

A new maintenance and restoration campaign of the castle is conducted in the early 21st century. In 2010, the new Vine, Wine and Winelabel Museum is inaugurated and presents a large-scale permanent exhibition.